Now that Halloween is out of the way, it’s time to talk about APB Reloaded v 10 (aka 1.10.0), which will appear in the next few weeks. This is New Breed Part 3, and introduces two new T5 contacts, "Birth" and "Templeton," which will be available to anyone that has completed the two boss contacts from their faction’s organisations.

Birth and Templeton bring with them a large number of goodies that players can unlock through pledging and completing missions with them. Along with a selection of vehicles, presets and Capacity increases, they also bring a number of new modifications and weapons to the table. Let’s take a look: 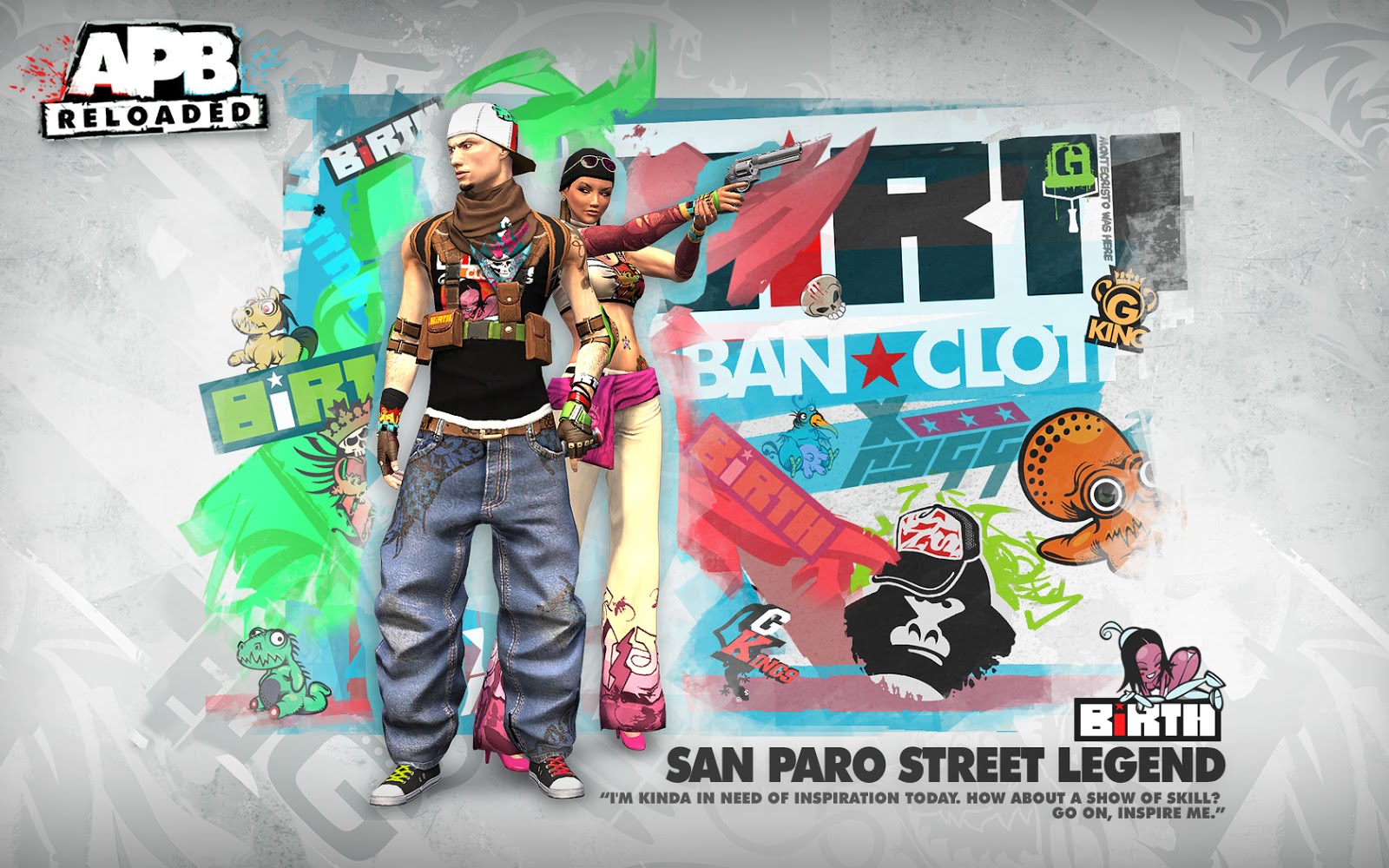 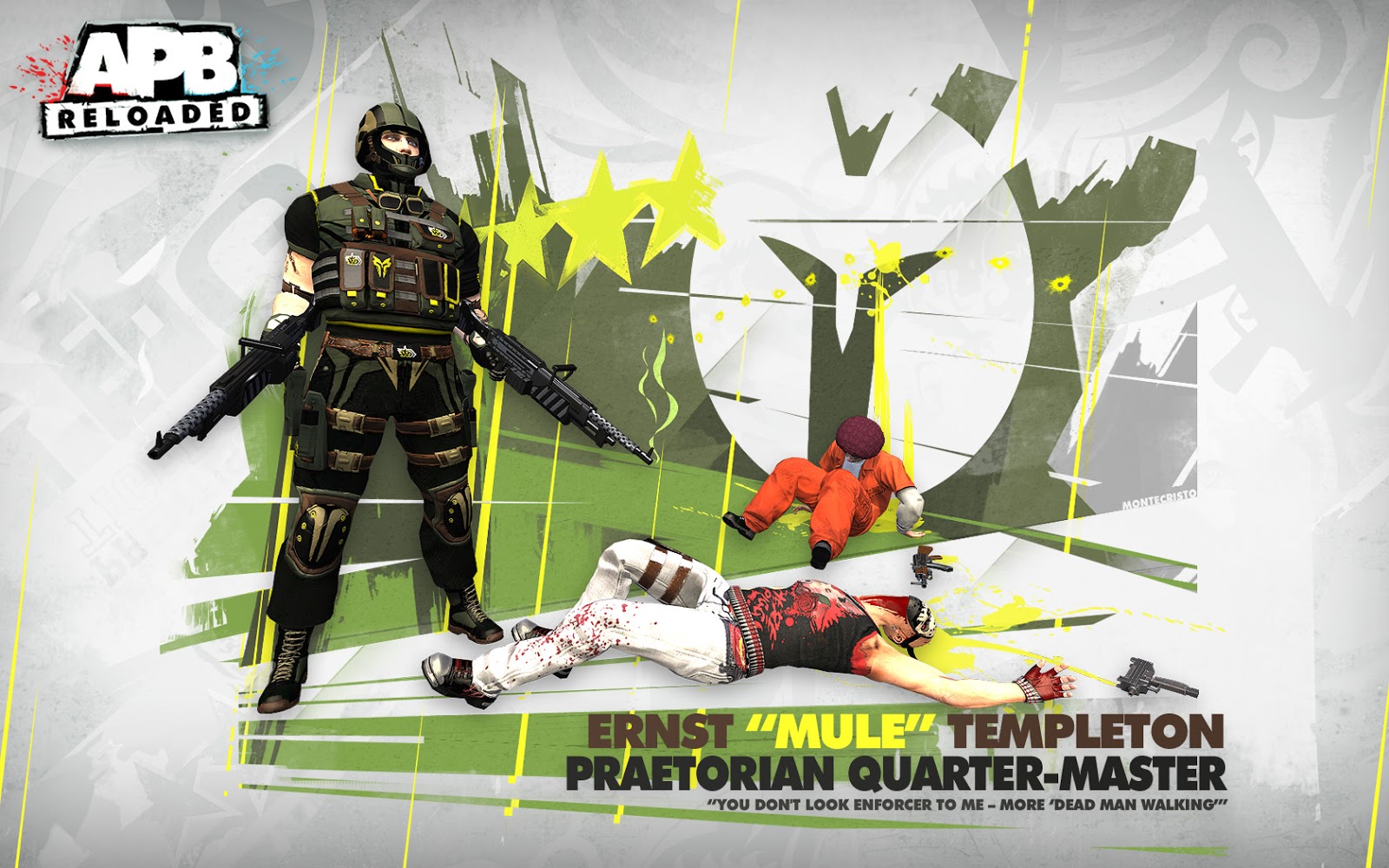 
With Birth and Templeton, we’re mainly focusing on character modifications. With a number of very useful modifications in all categories, we hope to see a much larger amount of diversity on the streets of San Paro.

Field Supplier – Wide Radius: This field supplier can supply teammates from a longer range at the cost of a slightly shorter deployed time. In addition all ammo suppliers will now automatically resupply any valid targets in range that are not actively firing.


Spotter: An activatable character modification, this works similar to tagger but without requiring you to hit an enemy. Simply activate and paint enemy targets to show them to all teammates, even through walls.

Car Surfer: A utility character mod, this allows you to ride on the roofs of moving vehicles. Great for hitching a ride when there’s not enough seats, or when using a heavy weapon, it does however leave you heavily exposed and without the safety of the car interior to hide when you are hit.


Flak Jacket: A Health modification, this heavily reduces damage taken from explosions. This comes at the cost of your ability to dish out explosive damage however, reducing the number of grenades you have available by 1.

Fragile: A Health modification, this slightly reduces health (14%, just enough that you won’t be 1-shotted by an HVR), but increases your sprint and run speed by the same amount. Perfect for fast assaults and task item carrying.

High-Magnification Scope: An upper-rail modification for weapons, this is functionally similar to a Hunting Sight. It also sets your weapons zoom to a very high value (4.66x normal magnification) and replaces your reticule with a Sniper crosshair at the cost of removing your non-marksmanship crosshair completely. 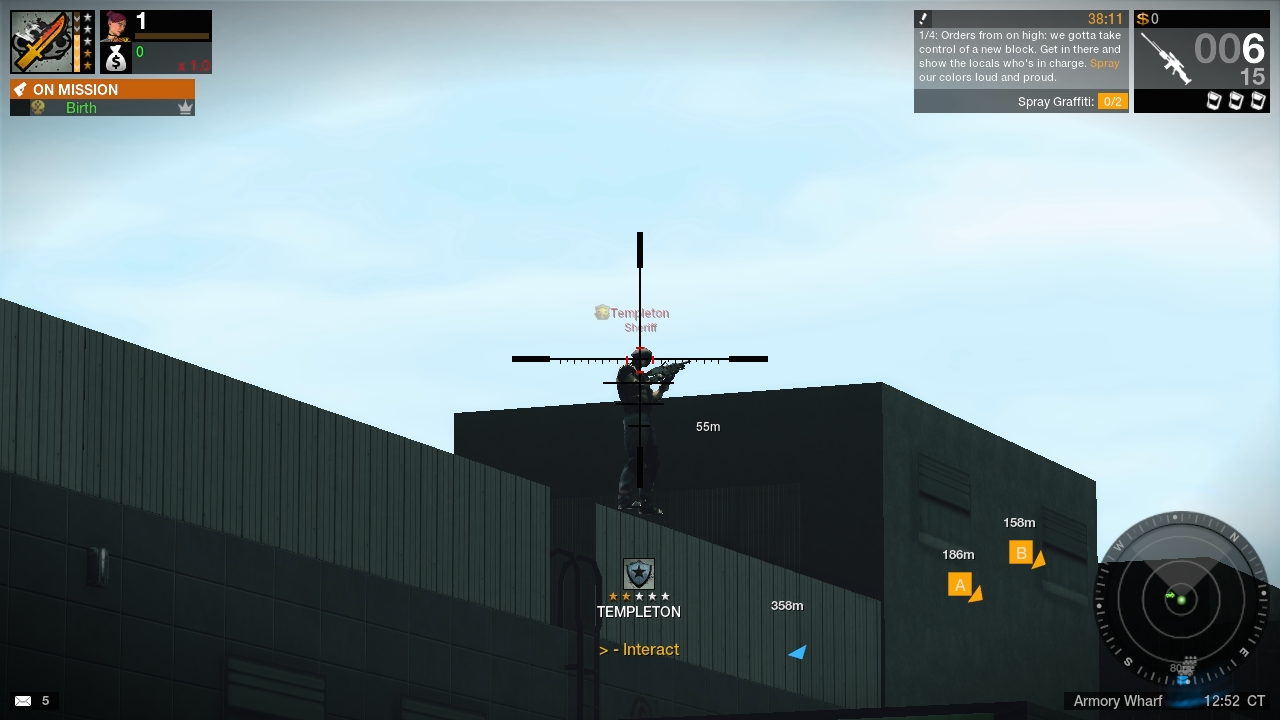 Half-Brick / Eight-Ball: These are new Grenades that physically hit the target for high damage, depending on how long they have been in the air. At extreme ranges, these can kill instantly, though require high skill to land hits on an aware target. The Eight-Ball flies faster, but the Half-Brick kills earlier in its flight-time. Due to the lack of noise, these can be devastating as stealth weapons, for targeting stationary campers from long range, or just for a bit of fun.


OSCAR : Obeya Corps. Armory have made several modifications to their successful OBIR range in order to provide a weapon for the close-quarters urban market. With the brake removed, iron sights, a 2 round burst and a CQC stock, the Obeya Systems Carbine is much more accurate on the move, giving a burst fire alternative to the Joker Carbine. 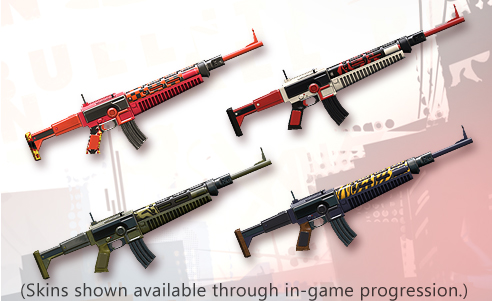 We’re also making a number of substantial bug fixes and changes to the game. The most noticeable one is the OSMAW. We wanted to keep our Rocket Launcher feel very powerful, but be primarily useful in an anti-vehicular role, and be very counterable while on foot. In this regard we’ve implemented a Wind-Up system for it. When firing you now need to hold the button for 1.75 seconds while the rocket is primed then fired. This stops players firing it directly after exiting a vehicle, or directly at your feet from point blank. Due to the balancing brought about by this change, we’ve been able to buff the launcher in several other areas to keep its power. It now carries three spare rockets (so can be affected by Bandolier), has a larger kill-radius, and has a faster travel time. While this may seem like a lot of improvements to an already very formidable weapon, the wind-up timer ensures that it performs most actions either the same or slower than before.

Here's a bit of maths on the subject.

Overall it takes longer to perform actions with the OSMAW, hence the improvements to projectile speed, ammo capacity and kill radius. This should make it a more effective primary weapon, and feel snappier to use, but in reality be quite easy to counter by an aware team.
Other improvements include weapon damage visually affecting vehicles, a new alternative weapon skin for players that have progressed past tier 1, changing the default pistol to the FBW, and a lot more. We’ll have full patch notes for you soon.

Next time we'll be talking about the next patch, 1.10.1, which includes a number of fundamental balance changes among other additions, and our upcoming plans for Christmas Fun.